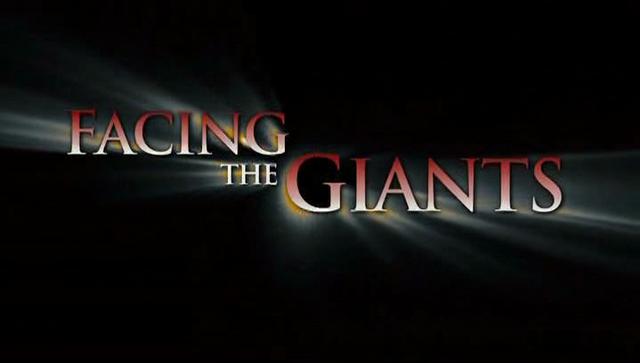 Part 1 – Series based on the story of David & Goliath. See Part 2 HERE.

So be strong and courageous! Do not be afraid and do not panic before them. For the Lord your God will personally go ahead of you. He will neither fail you nor abandon you.” (Deuteronomy 31:6 NLT)

We all have become fearful of something or have fears?

Fear is an unpleasant emotion caused by the belief that someone or something is dangerous, likely to cause pain, or a threat.

Fear can become a great obstacle like a giant, in our walk with God. But today we are going to learn about a great story from the Bible David and Goliath. How David faced his giants, and how God was going to be with him.

>Son of Jesse
>From, Ephrathile Bethlehan land of Judah
>The youngest child
>He was a shepherd (was not trained to be king)
>Black sheep of the family
>He was small
>He wasn’t the Ideal King
>David has the calling to be king, but he wasn’t king yet.

Saul was king at the time, but God removed him because of his disobedience and decided to appoint another king for Israel. God told Samuel to appoint David, a young shepherd boy, as king. Since he was so small it would take years before he actually takes the throne for Saul. During that time, the Philistines caused many problems for Israel. The Philistines and the Israelites were getting ready to fight each other. They sent Goliath (9feet tall) that was trained from his young age to kill. Every day Goliath would shout every day, challenging the Israelites to send one of their man out to fight one on one (1Samuel 17:10). No one could stop Goliath. King Saul and his army didn’t seem to have a chance against Goliath.

King Saul and the Israelite army did not have courage to go against Goliath. (1Samuel 17:24)

DAVID WAS TERRITORIAL
David asked the men standing near him, “What will be done for the man who kills this Philistine and removes this disgrace from Israel? Who is this uncircumcised Philistine that he should defy the armies of the living God?” (1 Samuel 17:26 NIV)

-David was courageous
-David was protective of the things of God.

DAVID’S FAITH
David said to Saul, “Let no one lose heart on account of this Philistine; your servant will go and fight him.” Saul replied, “You are not able to go out against this Philistine and fight him; you are only a young man, and he has been a warrior from his youth.”But David said to Saul, “Your servant has been keeping his father’s sheep. When a lion or a bear came and carried off a sheep from the flock, I went after it, struck it and rescued the sheep from its mouth. When it turned on me, I seized it by its hair, struck it and killed it. Your servant has killed both the lion and the bear; this uncircumcised Philistine will be like one of them, because he has defied the armies of the living God. The Lord who rescued me from the paw of the lion and the paw of the bear will rescue me from the hand of this Philistine.”Saul said to David, “Go, and the Lord be with you.”(1 Samuel 17:32-37 NIV)

David said he’d go out and Fight Goliath, but he was only a young shepherd boy, not a soldier.

What do you think gave David the confidence to fight Goliath?

– David did not let that stop him, he had faith that God would rescue him, just like he rescued him from the paws of the Lion.

We fear our giants, because the enemy tells us we cant defeat them. But we have to believe that God is going to be with us and we are going to be able to destroy our giants.

DAVID USES FAMILIAR WEAPONS
Then Saul dressed David in his own tunic. He put a coat of armor on him and a bronze helmet on his head. David fastened on his sword over the tunic and tried walking around, because he was not used to them. “I cannot go in these,” he said to Saul, “because I am not used to them.” So he took them off. Then he took his staff in his hand, chose five smooth stones from the stream, put them in the pouch of his shepherd’s bag and, with his sling in his hand, approached the Philistine. (1 Samuel 17:38-40 NIV)

Saul gave David his own sword and armor to wear, but they were too big for David and besides, he was not use to wearing armor , so he left them behind. Instead he went and chose 5 smooth stones. Then with his sling and rocks he approached Goliath.

GROUP DISCUSSION
What are the Goliath’s are you facing now?
What reasons does David give for his confidence in a fight against Goliath?
How does your Goliath block your vision and make it hard to hear from The Lord?

Study written and lead by the Unplugged Leadership Team.